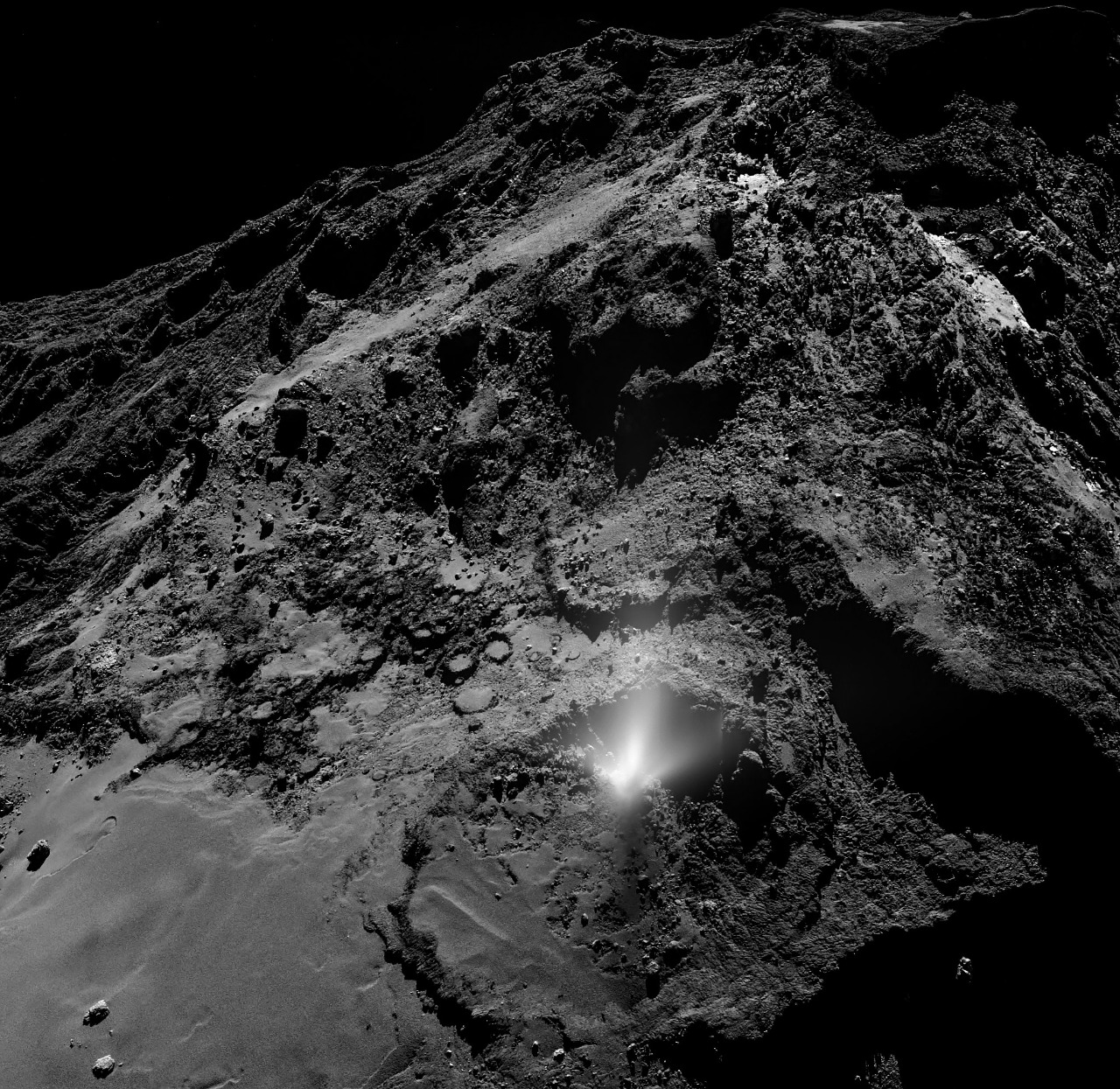 This is a real photo of a plume of dust and gas erupting from the nucleus of a comet. This image was taken by the ESA Rosetta spacecraft with its OSIRIS wide-angle camera on 3 July 2016. Not only did the spacecraft image the plume, but it even flew through it and measured its composition. Plumes like this build up cometary comas around nuclei!

Look how dark the nucleus is—and that’s with the camera settings taking in as much light as possible (which is why you can’t see any stars in the background). Comet nuclei are very dark, a mixture of silicate dust, ices, and organic compounds.

“Ices” are because it’s cold enough that under the surface of the comet you get carbon dioxide ice, ammonia ice, sulphur dioxide ice and even carbon monoxide ice, as well as the water ice which behaves like rock in the outer solar system.